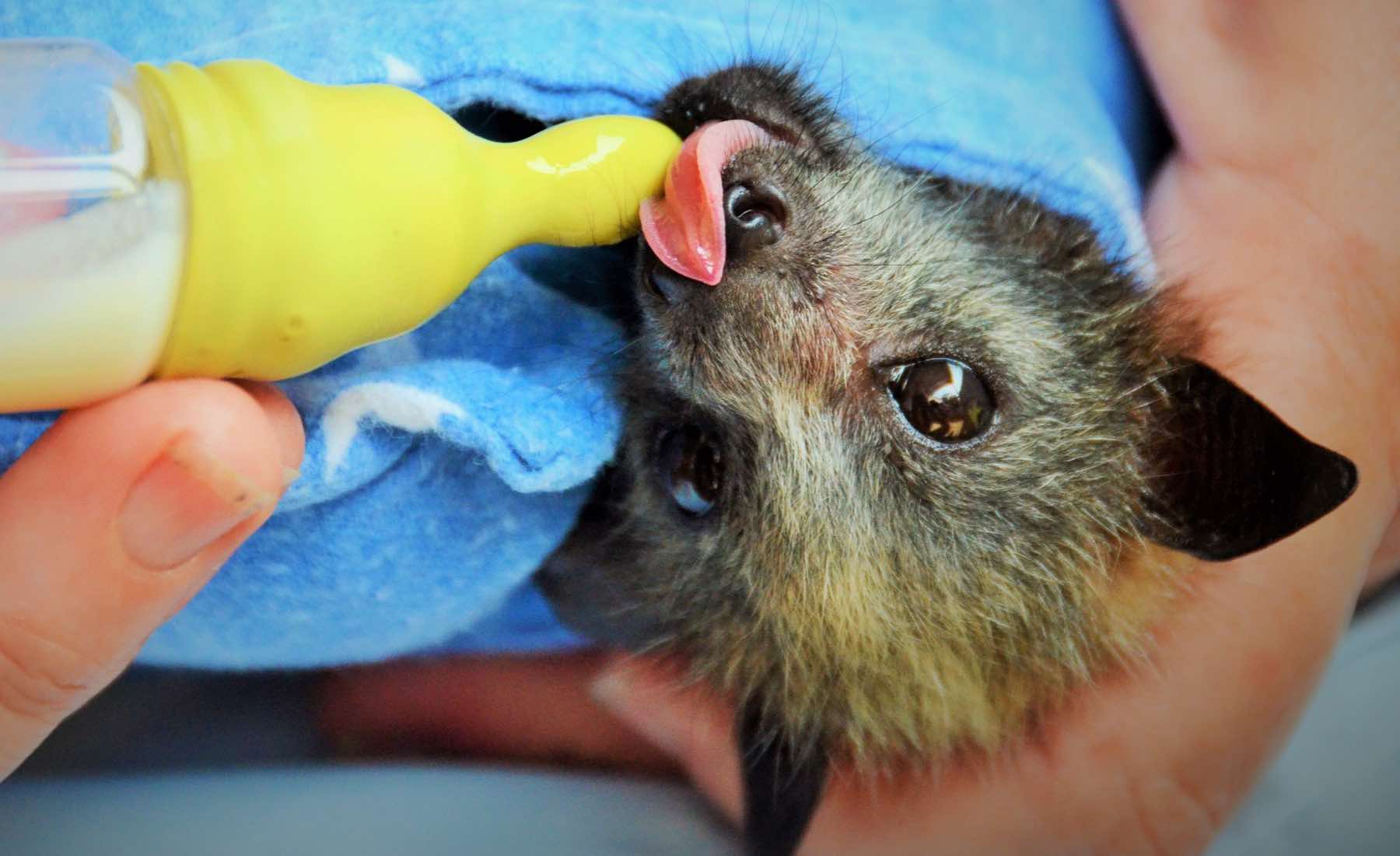 Flying foxes are among the largest bats in the world. They are fruitbats, so are attracted to any garden with trees that produce fruit. They are intelligent animals that are vital to the Australian ecosystem through seed and pollination dispersal. They travel long distances in order to follow fruit ripening and during such times as well as mating season, their screeching can be heard for kilometers.

Unfortunately for flying foxes, most home owners want to protect their fruit from being eaten and this causes them to get tangled in the nets, often with fatal consequences. This issue can be resolved with simply replacing netting with a suitable bat friendly one which can be purchased at most local hardware stores. Never approach a flying fox, always call a wildlife rescue group as soon as an injured or sick one is found.

There are over 90 species of bats across Australia, but aside from the flying fox, the most commonly found bat in urban areas around Greater Sydney are micro-bats. Just like flying foxes, these animals should never be handled and the relevant rescue group needs to be called immediately. Unlike their noisy cousins, microbats can remain undetected in shed and house roofs for years. They are great for keeping pesky bugs and rats away from the home.

Bats in Australia are potential carriers of the disease ABLV. This can be transferred from the bat to a human in the form of a bite or scratch which is why it is advised to have no contact with any bat you find. Only 3 cases have been detected in Australia since 1996, but none survived the disease. So although the chances of a bat carrying ABLV are very low, it can be incredibly dangerous if it is. You can read more about ABLV on the NSW Health Website.

This means only people who are vaccinated against Rabies and who have been trained to handle bats should do so. If you are bitten or scratched, clean the wound thoroughly with soap and water for at least 5 minutes before applying an iodine tincture or alcohol-based antiseptic. Clean your eyes, nose, or mouth if they came into contact with any saliva. Contact your doctor or nearest hospital immediately.

Bats require human assistance after being hit by a car, tangled on barbed wire, caught in fruit netting, or electrocuted on overhead wires.

• Contact your local wildlife group for help. Unvaccinated people may be vulnerable to serious illness if scratched or bitten by a bat.

• While awaiting assistance to rescue a bat, if safe to do so, cover the animal with a box or cloth to prevent further distress and injury and to protect it from the sun.

• Do not give the bat any food or water.

• Please report bats on power lines even if they appear to be dead. Pups can survive the mother being electrocuted and wildlife carers may well be able to raise the pup with similar aged orphans. 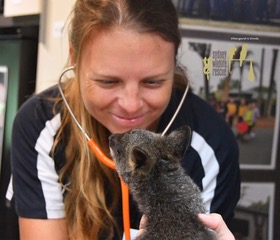