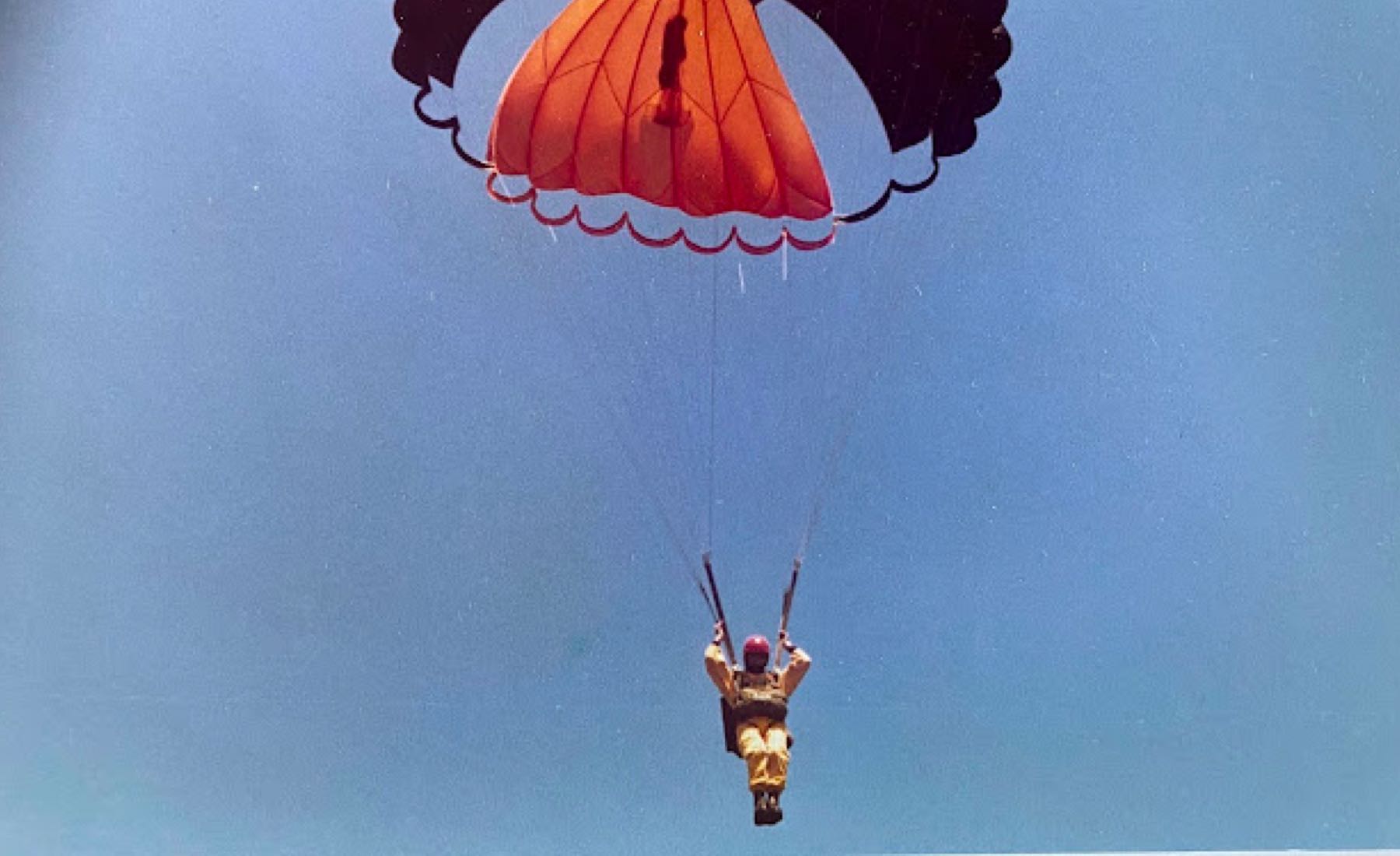 An interview with a local member - Michael Quinnell

As a former aerobatic pilot, skydiver (who knew that you can exceed 400kmh if you stand to attention and drop head-first?) and catamaran sailor, it’s probably unsurprising that Michael Quinnell settled into quiet retirement as one of Sydney Wildlife’s venomous snake-handling team and Northern Districts Reptile Coordinator.

Michael joined the organisation in 2004, although he had already been a support act for partner and Sydney Wildlife Training Coordinator,Trish Kroll, a familiar name on the end of the phone for hundreds of budding trainees over the years.

“Trish was having too much fun, wrangling snakes, so I signed up too,” said Michael.

The two raised two boys while juggling the business pressures of Michael’s advertising agency and Trish’s commercial art studio, and being counted amongst SWS’s more active members. Their boys would sometimes bring friends home from school to prove that the family freezer really did contain frozen animal carcasses.

In 2005, they abandoned the commercial world (and their boys) to set off in their 4wd and custom-built off-road caravan.

“This was something completely new to us,” says Michael. “We figured we’d either hate it and scuttle home with tails between legs, or just keep going.”

Keep going they did, spending the next nine years on the road, mostly remote, but punctuated by occasional forays into the world of metropolitan wildlife, including time with Brisbane Animal Rescue Network (BARN). Their caravan (a perfect wildlife enclosure, they reckon) became temporary home to a pardelote (named ‘Ringtone’ for obvious reason), a carpet python, a Corella and a kangaroo joey, all accepted with resigned patience by their Jack Russell.

Cage set-up became caravan set-up, with foliage and perch under the roof vent

Next, a news item caught their interest and saw them dropping in on a BlazeAid camp of volunteers, rebuilding farm fences destroyed in bushfires. The planned week eventually ran to three months and saw Michael appointed as a fencing-team leader.

“Much as we love our wildlife, the BlazeAid experience was the most rewarding of our volunteering experiences,” says Michael. “Many of the people we were helping had been brought to their knees by catastrophic fires, losing hundreds of livestock and much of the infrastructure that had been built up by family generations,” he explained. “It was hard work, with 7am starts, but our first priority was always to listen when traumatised victims needed to talk. They loved us and their local communities went out of their way to support us.”

Life on the road came unstuck when Michael was called home to New Zealand to support his mother for almost a year through a terminal illness. Returning to Sydney, life took yet another wrong turn when Trish’s mother suffered a stroke in 2016 and the pair became live-in carers, moving in to her two-bedroom apartment and reactivating their SWS membership.

The python free-ranged in the caravan, often finding its way into bed once the lights were out.

Strata-living ruled out any thoughts of noisy aviaries, putting bird and possum care out of the question. Inevitably, focus shifted to reptiles and a policy of ‘Never confirm: never deny”.

COVID struck and the RCC took on a life of its own, requiring that a weekend of presentations and demonstrations be rebirthed in pixels and keystrokes. Michael became primary carer, cook, and housekeeper while tending a handful of reptiles in care and almost never refusing a rescue. Sometimes Trish found time to speak to him...

The wildlife challenges have been many and varied, from removing the sweetest of little snakes from the homes of terrified MOPS at midnight, to extricating venomous reptiles from nets, machinery and vehicles.

“Every rescue is different, requiring varying degrees of expertise, enterprise and skills, few of which can be learned from our manuals,” Michael says, “and that is what makes this work so enjoyable. You never know what will bob up next, but whatever it is will come with its own challenges and rewards.”