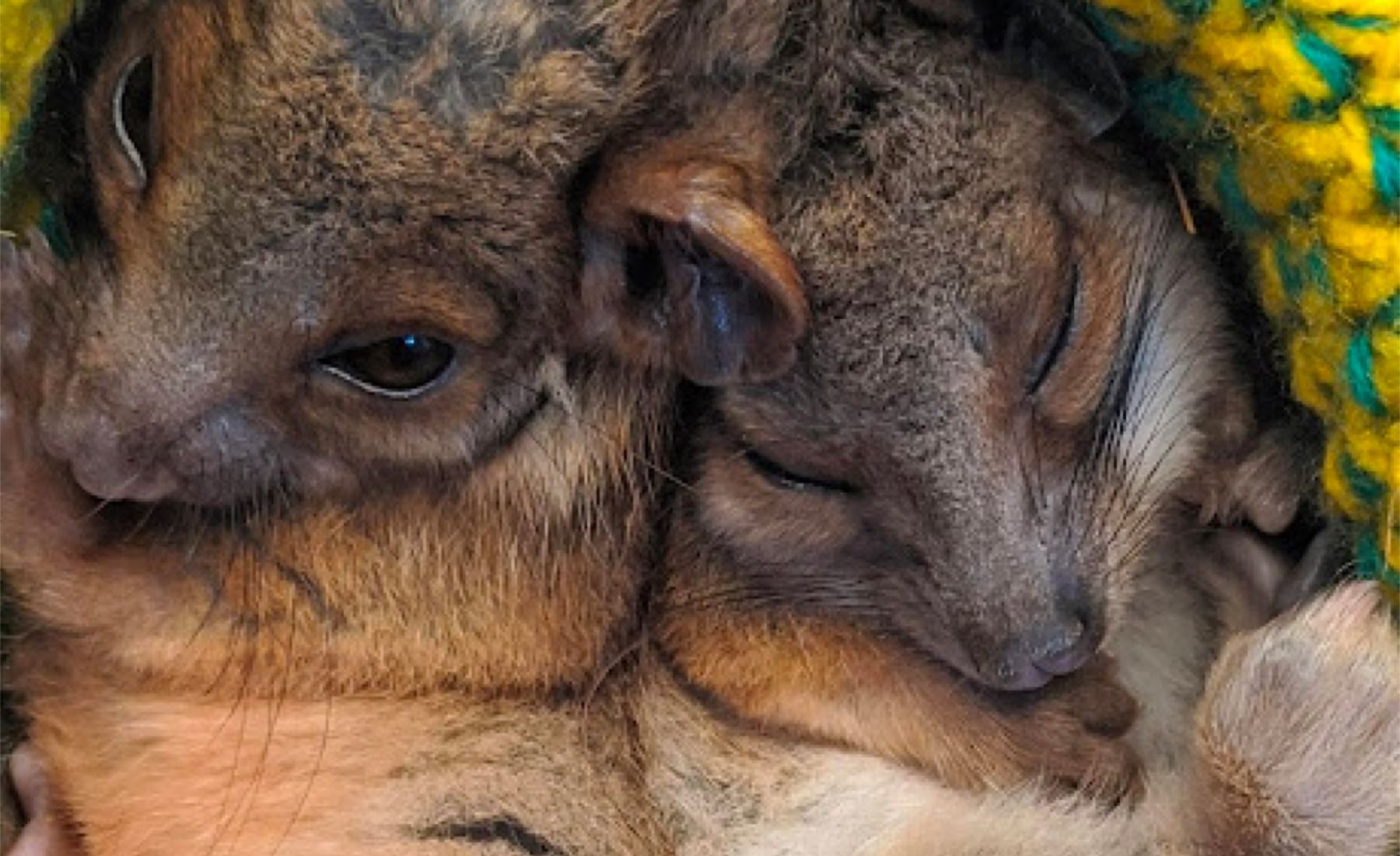 An interview with a local member - Niree Kraushaar

What is your name? My name is Niree Kraushaar

Where do you live? I live in the Inner West

How long have you been doing this? A few years now, I think I joined in around 2015

How did you get into this? A colleague of mine at Macquarie University is with Sydney Wildlife Rescue and I had been chatting to her about this and decided "why not", so I did the course with my best friend and the rest is history.

What is the best thing? The best moments are when you release an animal back into the wild, or when you find out that they have been released and see some photos. The other great moments are when you get to see an animal turn the corner, maybe they are a recalcitrant feeder and they start eating, or they start to fly. Just something that suggests that they are going to make it. And with every release the world just seems a bit brighter.

What is the worst thing? The saddest moments are those when you have had an animal in care for some time and it doesn't make it. The last one that I lost, a little ringtail girl was super upsetting for me as I had had her in care for about six weeks. But you remind yourself that without you she had no chance, at least this way she was cared for and had the best chance possible, and you let yourself cry and have a glass of wine and some chocolate.

What are you never without? At this time of year - my secateurs! I have a number of hungry little mouths to feed and you never know where you might come across some good foliage for food or habitat.

You have a pretty busy lifestyle, does it ever get hard to balance? I'd be lying if I said no, but the difficulty is not necessarily balancing work, toddler, pets and wildlife. Sometimes it is more just finding the energy to go and collect foliage on a really hot day. Although there was one class that I taught that I had my son who had been sent home from daycare 30 minutes earlier and two possums, one who needed feeding during class. Thankfully my students were great about their psychology class being a little unusual. I'm very lucky that I have a great husband who is super involved with our son which means that I am not forever having to monitor my son in the possum room when I am feeding them. It would be much harder without him being so hands on.

You have mentioned that you have a son, what does your wildlife work mean to you as a mother? It's really important to me that my son grows up with an understanding of animals, domestic and wild, and is able to experience some of the fantastic creatures we have in the Sydney region. I think that it is important that he grows up respecting the environment and the wildlife and also understands how he can help as he grows. As morbid as this sounds, he will have an understanding of things like death and illness and this is something that I think we shelter our children from too much in our culture. At the risk of sounding like a psychology teacher, we know that it is important that children are able to develop this understanding of death and grieving. Really, I don't want him growing up not knowing what these animals are, or taking them, or their habitats for granted.

How did you manage when you were pregnant or had a newborn? I am also on our Training Committee and towards the end of my pregnancy I really focused my energy there. Then I took a few months "maternity leave" and then initially went back to the training committee before going back to caring. The important thing then, and always, is to do what you can and no more. It is really important to put in place those boundaries around your limits for your own sanity, but also for the wildlife's well being. I currently only care for baby ringtail possums as that is what I can fit in and it is easy to take them into work when they need frequent feeding as they don't make noise or smell.

You said you are a member of the Training Committee, does this mean you do things in addition to caring? Yep, I am a member of our Sydney Wildlife Training Committee and I think that I have actually had the biggest impact in this space. I am also one of the members of our Possum Species Advisory Group who help develop material for training and also try to determine best practices for care and rescue. I was also one of two members of Sydney Wildlife who were invited to be part of a group developing state based training standard for koala care. The other SW member, Rhonda Pascoe, is our most experienced koala carer and I was there for my training and syllabus development work.

Do you have any "favourites" that have been in care? When we first joined, my best friend and I raised a pair of Rainbow Lorikeet chicks that we named Jack and Jill (no idea if they were male or female birds). Jack and Jill did really well and were integrated with a group of lorikeets that were a similar age in another member's aviary and they were released as part of a new flock. I like to think that they are having a great time now with their new friends. Otherwise, I do love my baby ringtails and they are all special, they each look a little different and have different quirks. At the moment I have Mary who redecorated her cage because she didn't like my layout, Kiko who prefers to eat foliage half upside down, Penelope who just wants to run about the outside of the cages, Ralph who I can only describe as a lovable goofball and Genevieve who is new into care but likes to drink her milk with one foot in the dish.

What would you say to anyone who was thinking about joining Sydney Wildlife?

Please do! We are in desperate need of rescuers, carers, transporters, office volunteers and more. There seems to be a prevailing belief that you can only be a wildlife carer or rescuer if you have a big house (that you own) in an area near bushland, don't have kids or pets, can drive and don't work. Please don't let this dissuade you. We rent in the Inner West of Sydney, we have two indoor cats, a toddler, I work, don't drive and although we aren't in an apartment now, we used to be in a very small terrace. Most of our animals don't take up much space, particularly if they are in short term care and if you have a spare room, a somewhat sheltered balcony, a quiet corner etc then you can set someone up there. Even if you take in one animal a month then that is 12 animals that wouldn't have had a chance that now do. Even if you don't think that you can care, there is always stuff that needs doing. As a non-driver I need people to transport animals to me, some members need support to collect enough foliage and our office is chronically short staffed.