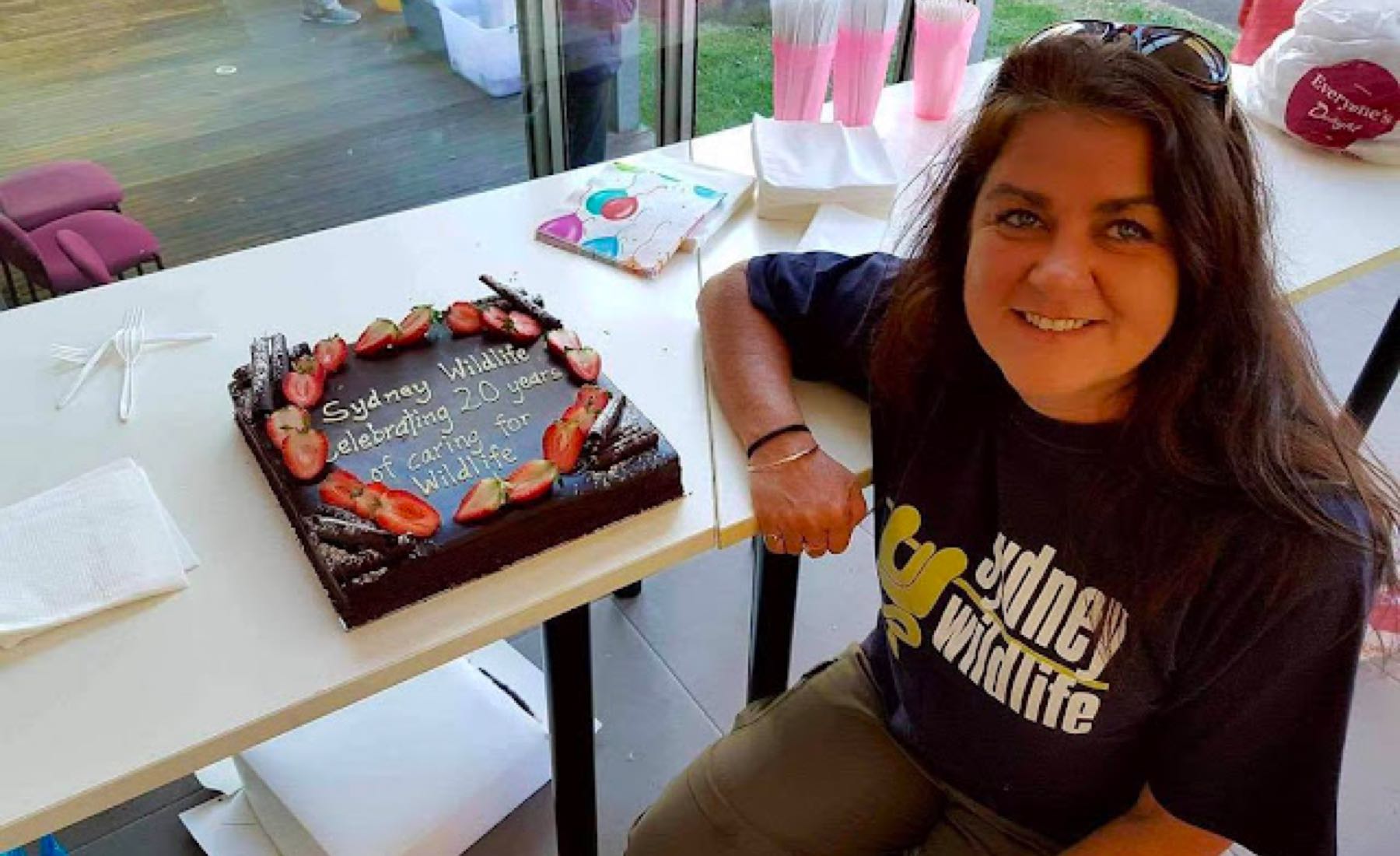 An Interview With A Local Member - Sonja Elwood

It’s 5 pm on a Monday and Sonja Elwood is sitting in her car feeding grapes to the little flying fox she’s just rescued. The megabat found himself trapped and then got stuck between someone’s balcony and garage door. Sonja is one of the few Sydney Wildlife Rescue carers qualified and vaccinated to handle grey-headed flying foxes. So when the rescue call came in, just as she was leaving work , Sonja made the little guy her first priority. It’s exactly what you would expect of one of Sydney Wildlife Rescue’s founding members, Sonja dedication and passion for our local wildlife is unwavering and one of the driving forces of founding Sydney Wildlife Rescue  back in 1997

“The vision for Sydney Wildlife Rescue was first and foremost to care for our local wildlife,” explains Sonja. “But we also wanted to educate people about the needs and the habitat of our wildlife and helping people understand the impact of habitat loss,”

Today, more than twenty years on Sydney Wildlife Rescue is delivering on that vision daily. Sonja is constantly awestruck by the volume of valuable work our volunteers perform every day.

Sonja’s pride in the work of our organisation is well deserved. Sydney Wildlife Rescue operates full time, eight hours a day, seven days a week and runs a 24hr rescue hotline. Plus we’re out in the community doing educational talks every week. And of course, there’s our Sydney Wildlife Mobile Unit run by volunteer veterinarians who are experienced at treating wildlife.

It’s no exaggeration to say that Sonja spends almost every waking hour thinking, talking and helping our local wildlife. When she’s not out rescuing injured animals, she’s busy representing Sydney Wildlife Rescue at the NSW Wildlife Council and then of course, there’s her day job as Biodiversity Officer with Northern Beaches Council. Lately, she’s been spending her weekends helping regional wildlife carers rebuild after the devastating bushfires of last summer. It’s a project she’d love to invite more volunteers to join.

The legacy of those fires, now almost twelve months on, are fuel for Sonja’s passion.

“I get frustrated when I see the levels of development in Sydney and the lack of regard for our environment and threatened species legislation,” says Sonja. “But I always consoled myself that there were lots of forests out there for the animals to live in. After the black summer fires, the forests are really quiet, it was such a terrible, terrible season. And that’s why it’s even more important that we look after our Sydney wildlife because they just might end up being founder populations when those forests regenerate.”

Sonja’s love of wildlife started early. As a little girl in New Zealand, she would scrape dead hedgehogs off the road and put them into the hot water cupboard hoping it would fix them. The experience put her in good stead for the heartbreak that often comes with caring for injured wildlife but it certainly did not deter her.

When Sonja moved to Australia she turned her love for native animals into a career. That passion turned into a slew of qualifications  including a Masters in Wildlife Management and Masters of Research in Urban Ecology and Bandicoots, who she calls little eco-engineers.

“I suppose the lights really went on when I arrived in Australia and I discovered the diversity of the native wildlife here,’ says Sonja. “And those lights have never really gone out. I still don't understand why people take our animals for  granted. I still run around like like they’re magic.”

And that brings us back full circle to the little flying fox Sonja has just rescued. She’s going to give him a thorough check over when she gets home and -  then he’s in for a treat.

“He looks like he's in pretty good shape but I want to go over him,” says Sonja. “Then I’ll register him with the flying fox coordinator and decide if he needs to see the local vet. If he’s good to go I’ll either take him down to the release avery or release him in a local colony…. But I've just bought a whole swag of yummy fruit so he's in for a feast tonight!”

Thanks to Sonja for taking the time to talk with us. If you find a native animal in need call  Sydney Wildlife Rescue on 02 9413 4300. Our hotline operates 24hrs, 7 days a week.

If you find an injured or distressed flying-fox do not touch it. Handling of flying-foxes should only be attempted by licensed wildlife carers who are trained, vaccinated for Australian bat lyssavirus and wearing protective gear. Read more on the NSW Government website.

Read more about how you can help local wildlife in your very own backyard HERE.