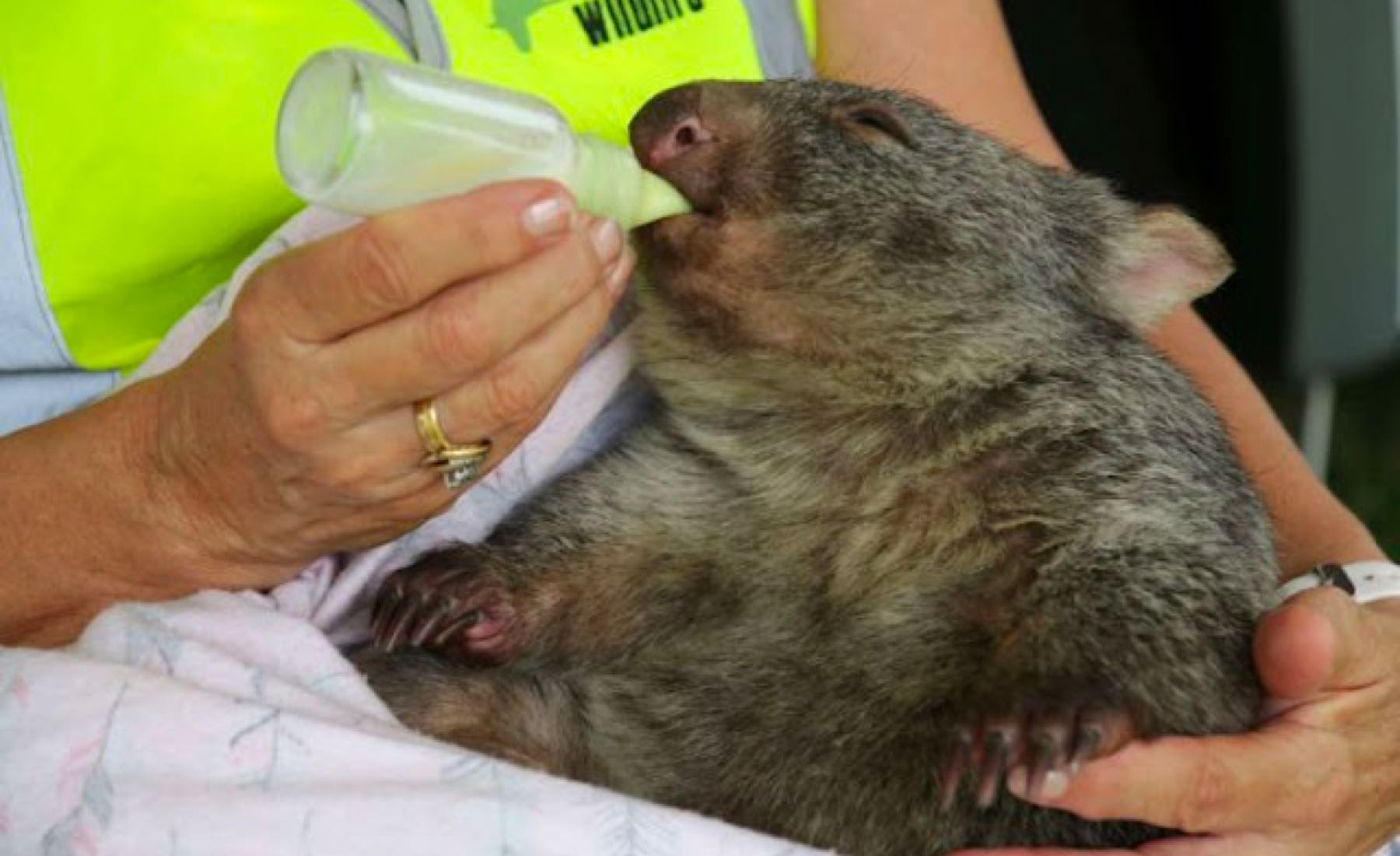 Wanda the Wandering Wombat from Wondandian is a mouthful, but names like these help wildlife rescuers remember where each animal is from.

Joan Reid, a founder of Sydney Wildlife Rescue, said Wanda was recovering well now, but was in a terrible state when the animal was first taken to her team of volunteers at Nowra, on the NSW South Coast.

"She was found in the middle of the road and she was picked up by a member of the public without a struggle, without anything, and brought into care," she told the ABC's daily news podcast, The Signal.

"She just smelled of death, the poor thing, and we think it's all burnt airways."

Animals like Wanda may not be able to return home, even after they've been fully rehabilitated, because this unprecedented Australian fire season has devastated so much of their habitat.

"There's no use releasing something if there's no food for it or water."

It was not only a matter of waiting for plants to rejuvenate, she explained. The entire ecosystem had to recover for animals like Wanda to have the food they needed.

"It could be six months or more."

"We have to have had rain, there needs to be grass and fresh leaves on the trees, flowers for bats and possums, the lizards have to have insects, all that takes time," she said.

How long can animals be cared for?

Once animals being cared for by Sydney Wildlife Rescue volunteers are able to survive on their own, they're moved to the group's rehabilitation centre north of Sydney — the former home of Skippy the Bush Kangaroo.

With many animals unable to return to the wild until their habitats recover, the costs for wildlife carers like Ms Reid could start to add up.

"It would be nice if there was more support, more government support or even just financial support somewhere, like money off your electricity bill," she said.

Animals that have been rescued, including this baby wombat, can require considerable care.

She welcomed the $50 million emergency fund established by the Federal Government to help Australia's wildlife recover from these fires but said there is still more that needs to be done.

Of the promised funding, $25 million will go to frontline responder groups, including wildlife carers, hospitals and zoos, with the other half funding a government advisory panel led by newly appointed Threatened Species Commissioner Sally Box.

"I understand the Government can't pay for everything, they don't have an unlimited amount of money, I do understand that," Ms Reid said.

The funding would have to be followed by a long-term commitment, according to Professor Chris Dickman, an ecologist at the University of Sydney.

"I think it is a great start, probably for the long term we'll need a lot more," he said.

When will the ecosystem recover?

More than a billion animals have been killed by this summer's bushfire according to recent estimates by Professor Dickman, who said the figure was calculated by applying population density data to burnt bushland in New South Wales and Victoria.

"But of course much more habitat has burned in South Australia, Queensland, Western Australia and when you start to add in the as yet unknown numbers of animals that may have been affected in those states, the numbers will be much higher."

"For [animals that have lost 90 to 100 per cent of their habitats], particularly if they're threatened in the first place, we're looking at pretty dire consequences," he said.

"Extinctions are really very possible, very likely a result of these."

Some of the affected habitats will be able to recover though, he said.

"Typically after a fire, provided there were some unburnt refuges where animals could move in from, as soon as there's a little bit more ground cover and the forest itself is beginning to regrow, the trees are beginning to sprout, you'll get the insectivorous marsupials like dunnarts moving in."

These small marsupials will eventually be followed by more and more animals as the habitat recovers.

"It will happen and within a couple of years, we'll start to see the front end of the recovery for both the plant and the animal populations in many burnt areas," he said.

"Of course where animals have gone extinct or for the specialists it'll be a much slower recovery.

"If these were in areas that have been badly burned, it's decades, 100 years, before those key resources come back."

Listen here to the podcast.