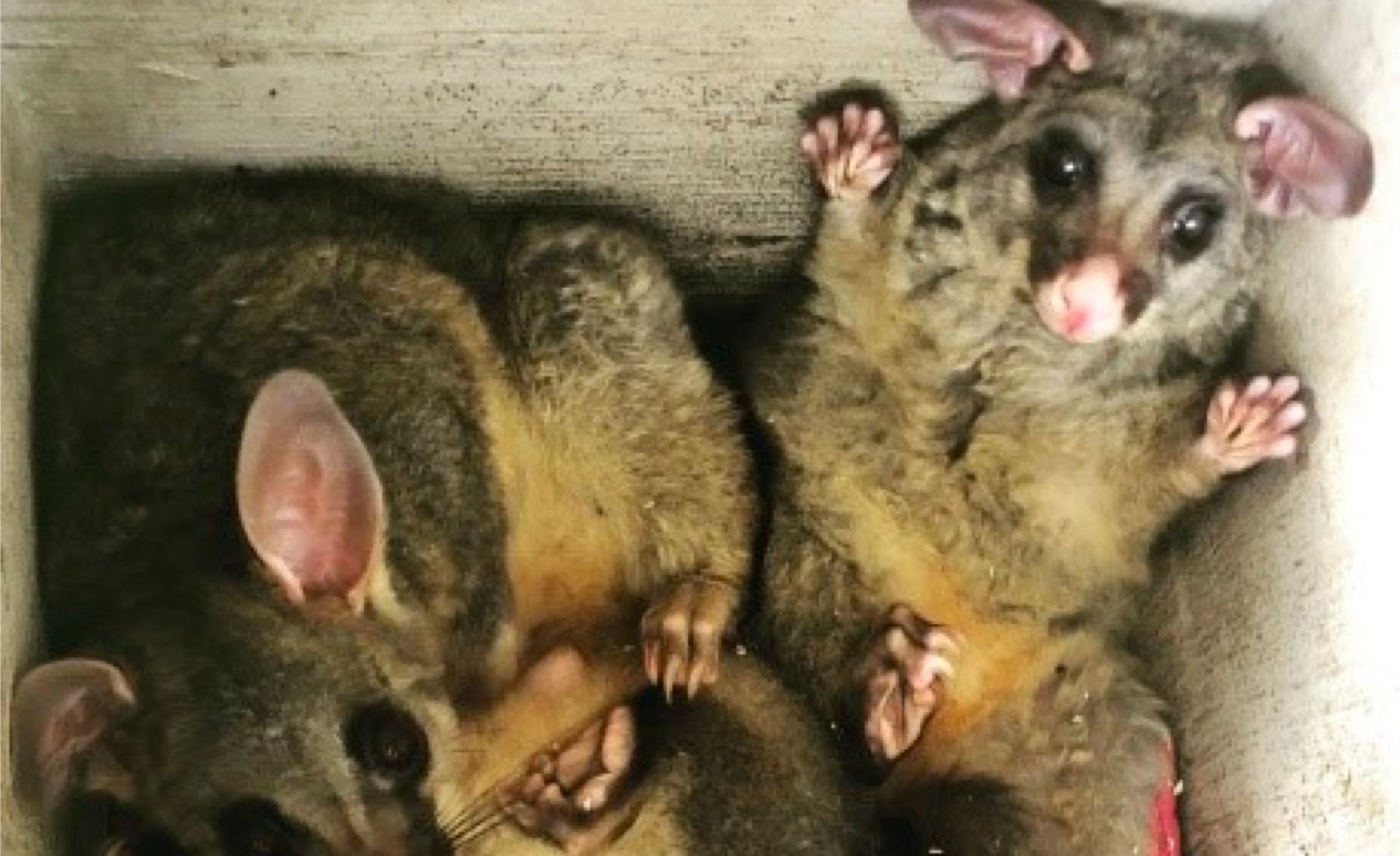 Brushtail Possum - an overview of the season (August 19 - March 20)

Well, I think we all know what the end of 2019 looked like. First, fires, smoke, high temperatures and then reports of the emergence of a SARS-like illness from China, now known as COVID-19.

As 2020 started, devastating fires swept across NSW, Victoria, South Australia and the beautiful Kangaroo Island destroying, in total, over 18 million hectares and innumerable numbers of wildlife.

In Sydney and as possum carers, we were waiting to be able to support areas close to Sydney with burn victims. We know that when mother possums are burned severely it is possible for the joeys to survive if they are found quickly.

During days of smoke where advice was to people to stay indoors, our wildlife didn’t. I noticed that more than the usual numbers of small but viable joeys found locally were dying, even in care with highly experienced carers. Their deaths were not from dehydration or burns but it was as if their viability had somehow been compromised. I was left wondering if the smoke hazes over Sydney were responsible for this. This observation lasted only a few weeks after the days of the thick smoke hazes.

The season continued with the usual number of possums injured or killed by motor vehicles. Joeys of mums killed were raised successfully and we are currently releasing these animals as young adults now. Sydney Wildlife Rescue’s volunteers have successfully reared and rehabilitated them to survive as well as they can in their natural environment.

During the season we also see Brushtail Possum joeys come into care, even as wee pinky’s (unfurred) where their mothers aren’t hit by cars. Dog attacks are one such reason. Dog attack possums, depending on severity, can be rehabilitated but require intensive treatment from both Vet and carer. It is not uncommon for these adult animals to be compromised in some way so that they are not to be able to avoid dogs. One such reason is an exudative dermatitis, often referred to as stress derm. This is a skin condition that can affect a large proportion of the skin leaving weeping, red open wounds usually over the possum’s back, tail, shoulders and often the face. There are a number of causes for a possum’s suffering from stress derm.  However, almost all of them that come into care are very underweight. Both of these situations can be corrected with Clavulox, a very effective antibiotic, combined with good housing and appropriate feeding. If an adult’s condition is too severe, they will be euthanized. If a female adult has a joey, they are often found to have been infected with the dermatitis from their mums. Joeys can be treated and then, sadly, often have to be raised as orphans.  A female with joey that has treatable stress derm is usually left with her joey with an intensively supportive feed regime.  A complex issue wildlife rehabilitators face, and for some is the most difficult task, is to find a suitable release site for rehabilitated animals to avoid the same situations happening again.

Another reason that these young joeys come into care is through the effect of ingesting rodent bait. The mother eats second generation anticoagulant rodenticides (most common form of rat and mouse baits readily available in Australia) and will die a slow death. If she has a young in her pouch the toxin crosses into the milk to then poison the joey. Usually, the mum will die before the joey. It is critical when potentially rescuing or picking up a joey to ascertain how the mother died. The rescuer needs to ask questions about how to why the mother possum has died. If the answer is ‘I don’t know’, I have come to the conclusion after lengthy conversations with specialist wildlife Vets that treating these joeys is important. In essence, where the mother has died for no obvious reason, it is important to proactively treat the joeys with the antidote for these long acting rodenticides. Treating them as if the mother has consumed bait is worth the risk of the treatment itself.  Basically, without the treatment, the joey of a mother who has been poisoned by rodenticide is highly likely to die. This is a waste of a life, resources and is often very traumatic for the carer. On one occasion, attending a rescue of a brushtail possum with a joey, I arrived to find a very big, healthy female with no obvious signs of trauma or other obvious reason for death with a small joey in her pouch. Luckily I had been taught by a very experienced wildlife vet one way to determine if this animal had been a bait victim. A small incision in her belly above her pouch (with no joey now in it) into her abdomen showed massive amounts of free blood. This helped me to know that this possum had most likely ingested some anticoagulant rodenticide bait. As a result, this little fellow had to undergo a course of Vitamin K, easily managed with the oral form. Vitamin K orally or injected for a significant course is lifesaving for these little ones.

Slash before treatment for dog attackThe good news on baiting is that the Australian Pesticide and Veterinary Medicines Authority are currently advocating the banning of these particular products from supermarkets and hardware stores. They are asking for the sales to be restricted to licensed pest control companies who can use effective baiting techniques to minimise harm to wildlife. If and when this comes into effect, I hope we will see not only a decline in direct poisoning but secondary poisoning of other native species such as raptors. This will mean that the time and efforts of wildlife volunteers can be better spent where damage is not so easily preventable.

It is going to take hard work to keep making changes to save our precious wildlife. When will we learn as it becomes safer for them, it will be safer for us as well?

Slash after treatment for dog attack

I live in a unit. Can I still rescue native wildlife?

We have a kookaburra/magpie-lark that attacks our windows. How can we stop it?

A big grey lizard has laid eggs in our gravel drive. Can we shift them?

I think I have a possum in my roof. What can I do?

What can I feed the birds in my garden?

Can I arrange for Sydney Wildlife to give a wildlife talk?