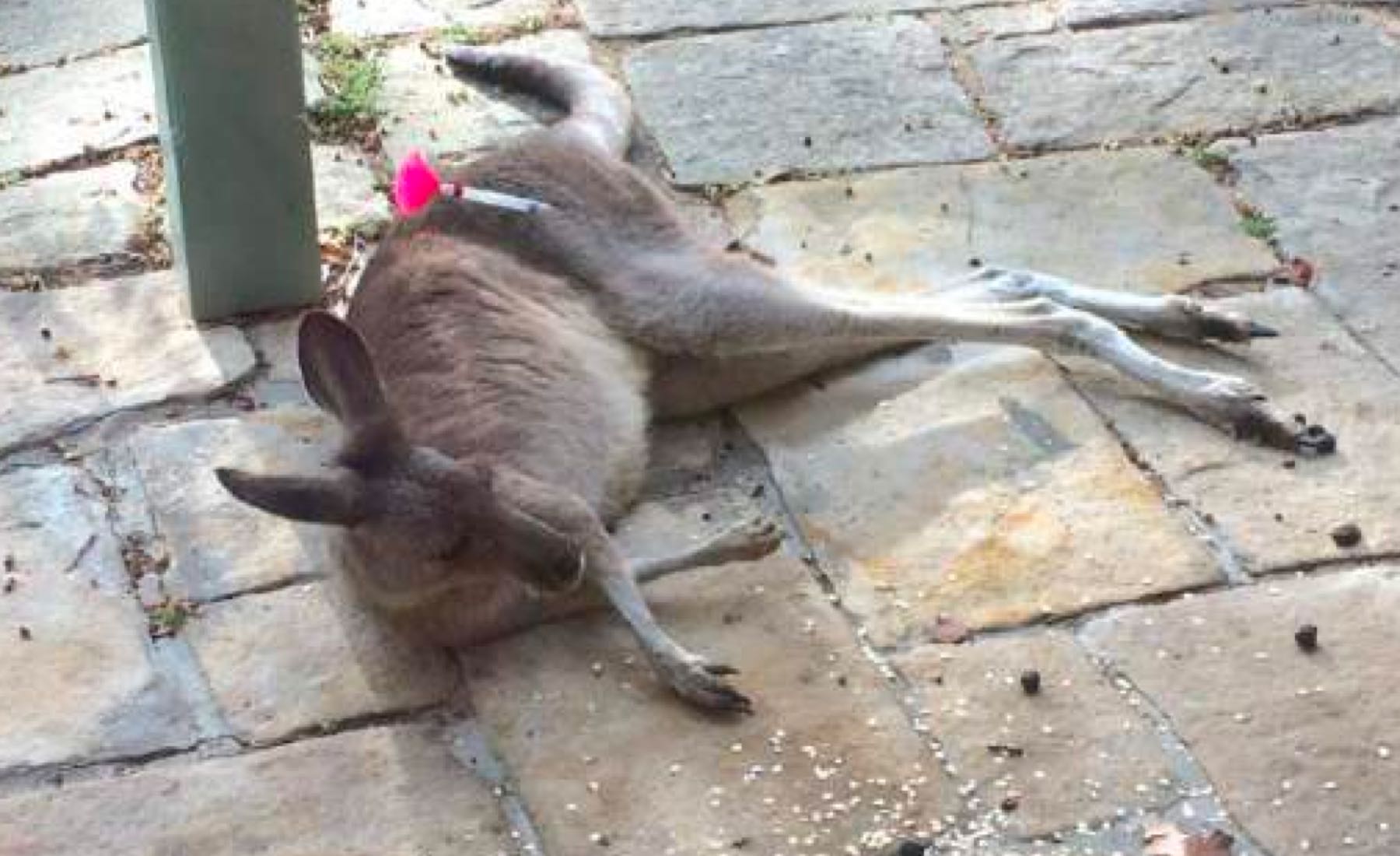 From Rescue to Release

Since opening the rehabilitation facility years ago at the old Skippy Park, we have had a variety of animals come through. We received a call to the Sydney Wildlife hotline about a large eastern grey kangaroo that was in a suburban backyard. The member of the public said that it always appeared at 7:30am each day so suggested that was a good time for us to try to catch this poor kangaroo to relocate to a more suitable area. Early the next morning, we arrived at the location to be ready for the kangaroo's visit. As it is a wild kangaroo, it was decided the safest way of capturing it was to use a dart gun to reduce the stress on the animal and ensure we could catch it quickly. As expected, at around 7:30am the kangaroo appeared and we were able to dart her on the first attempt. Once the drugs took effect and she was sedated, we were able to put her in a large macropod bag and transport her to the rehabilitation facility allowing her to wake up in safety so we could assess her condition and behaviour. After a few days of observation to ensure she was feeding correctly, in good health and not showing any signs of odd behaviour she was able to be released into the company of a wild mob of Eastern Grey Kangaroos. Our facilities have proven to be excellent for some species in their rehabilitation phase to the point where they never want to leave.

One bandicoot in the large aviary was unable to be found when we were trying to catch her for release. After two attempts trying to find the bandicoot with no luck, we were puzzled. We knew she was in there as the food was being eaten and there were small freshly dug holes around the floor of the enclosure from her searching for and eating insects. We decided to put a camera in the aviary to make sure that it was in fact the bandicoot eating the food. The camera showed after just one night that it was in fact a very healthy bandicoot. Now more determined than ever to catch the bandicoot, three Sydney Wildlife volunteers spent well over half an hour trying to find it. Just when we were about to give up we disturbed her out of a very well-camouflaged nest. Being able to provide such a natural enclosure enabled the bandicoot to exhibit its survival techniques which resulted in her being able to evade capture for so long even though we knew she was there. This is a testament to the work of Sydney Wildlife volunteers and the facilities that give these animals such a good foundation for success.