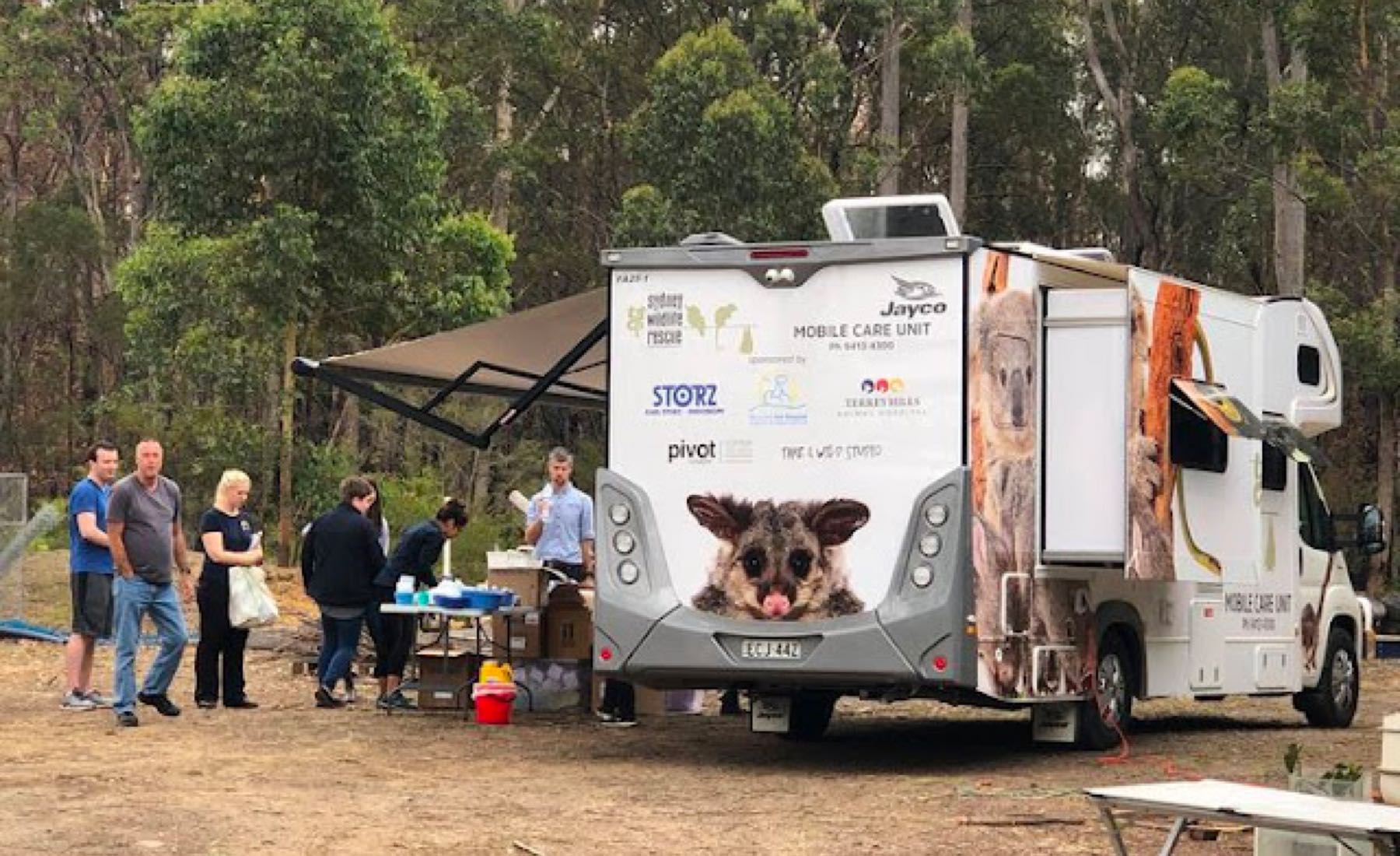 Our Sydney Wildlife Rescue Unit - 1 year after the devastating bushfires

Meet Lynleigh Greig, aka “ Snakey” and Co-manager of our new Mobile Care Unit.

Snake wrangler, reptile rescuer, bandicoot defender, and co-manager of our new Sydney Wildlife Mobile Care Unit, if there were a superhero league of wildlife carers, Lynleigh Greig would be one of them. A long term volunteer, she’s also one of the few female trained snake rescuers in Sydney, and now, together with her partner in wildlife Joan Reid, she’s launched Australia’s first mobile wildlife care unit.

“It was actually Joan’s cockamamie idea,” laughs Lynleigh. “She wanted to build a wildlife-only hospital, and then it turned into a wildlife hospital on wheels. Now when there are bushfires or a heat stress event, we can just send the mobile wildlife care unit directly to the area.”

What started as a cockamamie idea turned out to be a stroke of genius. The wildlife van was in the final stages of commissioning when the black summer fires of 2020 swept across the east coast of Australia. On 11th January, ready or not, Lynleigh, Joan and a team of 6 veterinarians were deployed down to the South Coast fire grounds.

“It was a mad, crazy, three-day rush to get the unit ready,” says Lynleigh. “We had volunteers swarming all over the van stocking it with medical supplies while there was Tony (from the Nes Shed) underneath trying to install the examination table. Before the fires, we had planned a launch party, but that didn't work out; instead, we just held a ribbon across the van, drove through it and hit the ground running.”

The “launch party” - Toni Barnes, Dr Lewis and Dr John holding the ‘launch ribbon’ whilst Joan, Dr Margot and Lynleigh cut through it.  The van was then driven directly to the fire grounds.

With the Wildlife Mobile Care Unit stationed as close as possible to one of the fire-affected areas, the search and rescue team sprang into action. Small groups would go out into the bush and tranquilise the injured animals. The vets  were able to assess their injuries on the spot and runners would take the animals back for treatment.

Having the capability to treat animals at the fire-affected areas was a game-changer for the team. During previous bushfires, the search and rescue team could dart only four or five animals at a time before loading them into a car and driving them to the nearest vet clinic - which was sometimes located two or even three hours away. It was an unworkable solution.

“It really didn’t work!” says Lynleigh. “By the time you started driving to have been darted was already waking up.  We’d end up pulling over six or seven times before we reached the vet clinic.”

The Wildlife Mobile Care Unit worked so well during its first run down on the South coast that the team took it up to the Blue Mountains and then onto the Snowy Mountains region. Over four months hundreds of native animals were rescued and treated in the wildlife van.

After months of treating animals in bushfire-affected areas, the wildlife van returned to Sydney. Now it’s open weekly, operated by a team of volunteer vets and carers. On an average clinic day, Lynleigh says the team treats anywhere between eight and thirteen patients ranging from turtles with fractured shells, birds with collision-related injuries, blue tongue lizards with crush injuries and a number of other animals with injuries sustained through trauma. And then, of course, there are the orphaned wildlife babies who turn up with their carers for regular check-ups.

Sydney Wildlife Mobile Care Unit is not only 100% run by volunteers, but it’s also funded entirely through donations. In fact, it took Joan and Lynleigh several years of fundraising to reach the $200,000 needed to buy and commission the unit. And while from the outside it may look like an ordinary van inside it’s a state of the art veterinary facility packed with diagnostic equipment of every kind.

The wildlife van is the perfect setup for the dedicated wildlife vets who volunteer their time. Not only do they get to work across a diverse range of species, but they also get to use some cool equipment while they’re doing it. For Lynleigh and Joan, the Wildlife Mobile Care Unit really is a dream come true, especially when they see the level of talent working together in their wildlife hospital on wheels.

“On the most recent clinic day we had THREE wonderfully skilled, professional vets in our van and we just had to pinch ourselves,” says Lynleigh. “These experts were giving up their time, not just for five minutes but for a whole bloody day! And they do it every week!”

Like so many of our volunteer carers, Lynleigh’s passion for protecting wild animals sparked in her childhood. She’s been rescuing native animals since she was a little girl. She grew up in Zimbabwe with a wild backyard where she and her sister spent many happy days rescuing wildlife in distress.

“Every animal that came through our backyard got picked up, cuddled, fed and fixed then sent on its way,” says Lynleigh. “It could be anything from a squirrel to a tortoise to a monkey, and occasionally a snake.”

Lynleigh’s childhood fascination with snakes transformed into an absolute love for all reptiles. And she’s not just a snake wrangler; she’s also their biggest champion. According to Lynleigh, snakes have an unfair reputation for being evil - especially since they spend most of their time staying out of everybody’s way. She’s on a mission to rehabilitate their much maligned image.

“Snakes get a bum deal,” says Lynleigh. “Often it's just that they've been badly named. If the death adder had been called a Christmas snake, people wouldn’t be so scared of it!” They also have a reputation for being heinous creatures lurking behind the bushes and waiting to ambush unsuspecting victims.  But nothing could be further from the truth!  All they want to do is go about their business without human (or pet) interference. Not to mention that they are performing a pest extermination service - free of charge - so we should be grateful to them."

Today Lynleigh’s house is a regular rehab unit for any number of snakes, lizards, goannas and water dragons. But she does save space for a few mammals, including the twin baby bandicoots she’s hand-feeding at the moment.

A huge thank you

As an organisation, Sydney Wildlife Rescue really does punch above its weight. We’re 100% volunteer run, and the amazing outcomes we achieve for our native animals is thanks to the dedication and innovation of carers like Lynleigh and Joan.

On behalf of the Mobile Care Unit team, Lynleigh and Joan would like to thank the Board of Sydney Wildlife Rescue for their support. “It would not have happened if they had not trusted us to run with it,” They supported us in all our crazy fundraising schemes.”  says Lynleigh.  "We are also extremely thankful to every member of our team for their daily dedication to treating wildlife in need."

Watch out for news about the Wildlife Mobile Care Unit fundraiser in 2021 and follow the wildlife van on facebook @wildlifevan to find out more about the amazing work they do.