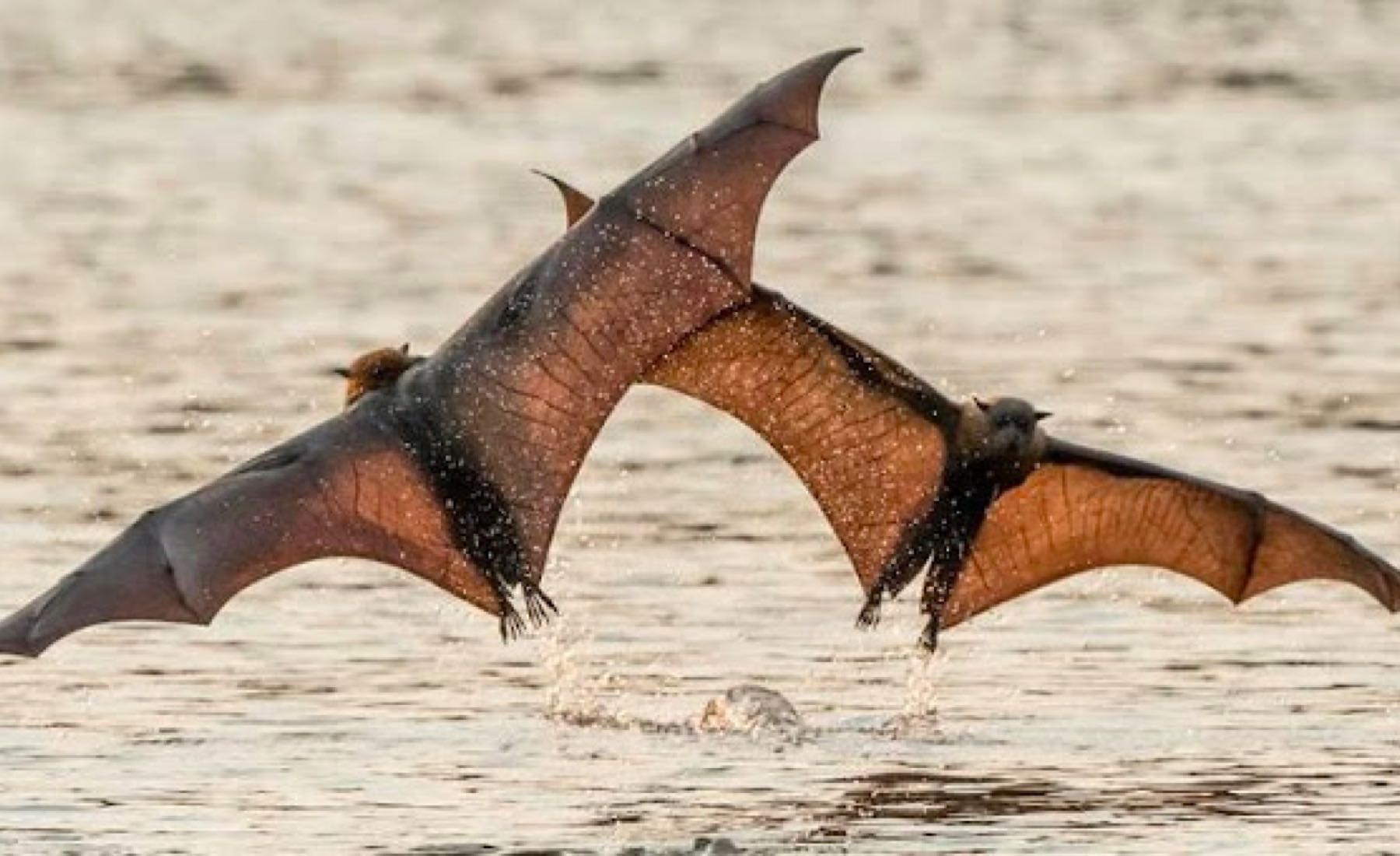 destroyed by the bushfires of 2019/2020? It definitely didn't make the local news. We saw the

koalas rescued from the fires, the kangaroos with bandages on their feet and the wombats getting

used to new habitats. The reporting on flying foxes killed by the fires or the ensuing heat stress

Eastern Brown snake or the Red Bellied Blake snake. Flying Foxes are a controversial subject in

keeping an Aussie inside on a nice sunny day. It's bloody difficult. But the Wildlife Heroes

year's bushfires with their Large Durable Asset Grant for NSW.

dedicated to the rescue, rehabilitation and release of injured native wildlife. SMWS is a total

volunteer organisation and exists on donations from the public and grants. Ironically, flying

foxes are down on the list of priorities when it comes to donations. The COVID-19 Pandemic

moved them even further down the list of cute animals to use on brochures. Grey Headed

Flying Foxes (GHFF) are the largest of Australian bats. These amazing animals are important

pollinators and seed dispersers, and are essential for forest pollination. Remember the hundreds

of thousands of hectares we lost in the recent bushfires? These animals perform much needed

jobs in the dead of night while we all sleep soundly in our own beds. A GHFF can fly 50-100km

one way each night to find the food to sustain them. Did you know their digestive systems

process food in 20 (twenty!) minutes? That’s heaps of seeds shared along that 100km path they

Remember our dedication to the rescue, rehabilitation and release of injured native animals?

How are flying foxes injured? You never see them during the day, right? Many adults are caught

in “wildlife unfriendly” netting or tangled in barbwire. Did you know there is safe netting for

wildlife? If you can put your finger through a hole in your netting, that netting is guaranteed to

injure or kill a flying fox. A female flying fox has one job…well, two, if you count long distance

pollinating. Her second job is carrying a flying fox pup to term, giving birth upside down, and

catching the wiggling newborn in her wings. For the next 3-4 months, she is lactating to feed her

pup which she carries attached to her nipple under her wing. Yep, 24/7! At least until they reach

the age (around 8-12 weeks) when it can be left at the camp with the other pups, while parents

make their 100km round trip to find food.. Sometimes if a mum is startled by human

intervention, she will quickly take flight hitting anything in her path. Often, her pup is hit by a

tree branch, causing it to be pulled from its mum – or, it can fall on its own. When this happens,

learn how other bats live. Creche…what and where is that?

In greater Sydney, there’s only one flying fox rehabilitation centre, and it’s located in Lane

Cove National Park. There are two aviaries on the property: one for adults, and a smaller one for

pups in creche. The large aviary was originally built as a flight aviary for birds. SMWS used it as

a rehabilitation area for native birds, along with another area which had many habitats for

recovering native wildlife. Eventually, the aviary was repurposed as a flight aviary for flying

foxes, and SMWS received a grant to build the smaller aviary close to the large one. All of this

was 10-15 years ago, and money has been very tight ever since. The flying foxes enjoy the upper

half of the aviary where they hang in the sunlight during the day, move to the forward section of

the aviary to eat the multiple kilograms of fruit cut by our volunteers, and then enjoy playing and

flying from one end to the other. The problem is, the concrete floors have deteriorated over time,

and are now as slippery – if not more slippery – as an ice rink. Trust me, it can be quite scary to

When Wildlife Heroes Project, supported by the Foundation for National Parks & Wildlife,

announced their large durable asset grants, SMWS jumped at the chance to get our concrete

floors repoured and sealed to keep our volunteers safe every day. Miracles can happen, which we

saw when we were awarded a grant to “rehabilitate the rehabilitation centre!” SMWS tried

desperately to get the floors redone during our very short off season in November to December.

requirements since the aviaries sit on government land. We also hoped for as little disruption to

the park visitors as possible, along with the café on the park grounds. Wildlife Heroes was

together to succeed. Everyone tried to make it work, but we had more pups than expected.

Additionally, many injured adults had “wintered” in volunteers’ homes and desperately needed

back into the flight aviary to recuperate for their release. Sadly, it just didn’t come together in

2020. We accomplished minor repairs in preparation for the floorwork, cleared a massive

amount of “junk” from enclosures, and even removed an airlock from the large cage. SMWS is

releasing to Greater Sydney. Our hope is to begin work Monday, 19 April, 2021 to successfully

are in our care.